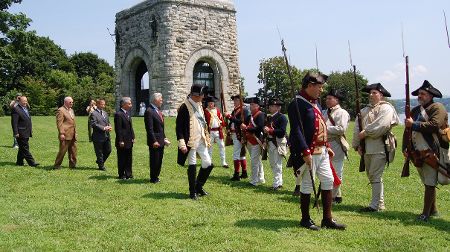 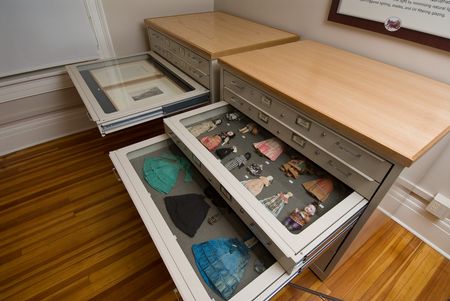 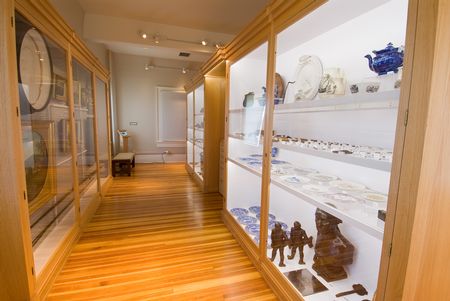 General George Washington established his headquarters at Jonathan and Tryntje Hasbrouck’s fieldstone farmhouse
from April 1, 1782, to August 19, 1783—his longest stay at any building during the Revolution. Here he welcomed a
steady stream of guests, negotiated with Congress, oversaw troops, rejected the suggestion of an American monarchy,
and ordered a “cessation of hostilities” in April 1783. Acquired and opened by the State of New York in 1850, the property is the first publicly acquired and operated historic site in the United States. In the 1880s, a limestone monument was constructed to commemorate the peaceful disbandment of the Continental Army from Newburgh. Above the gates of this “Tower of Victory” stand bronze statues of soldiers, officers and Washington. In 1910, an adjacent museum was built to display a growing number of artifacts.