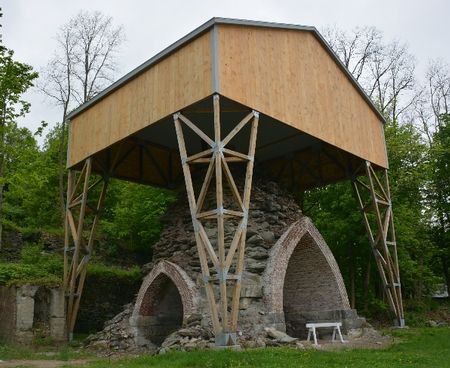 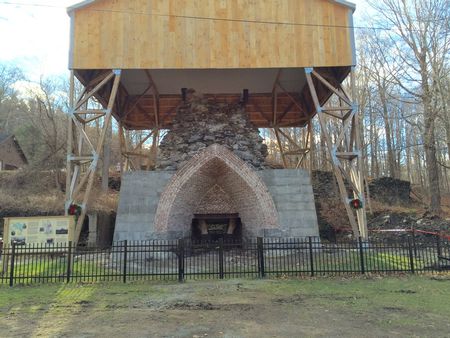 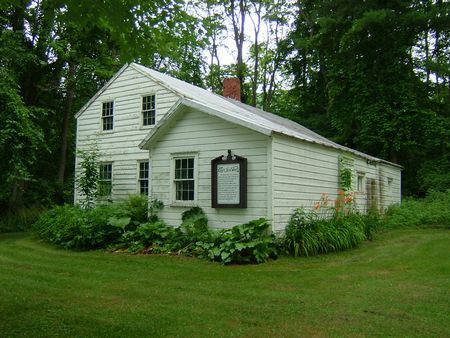 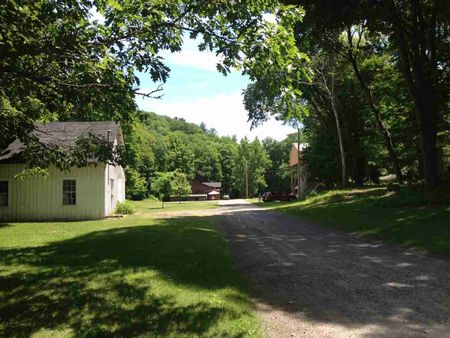 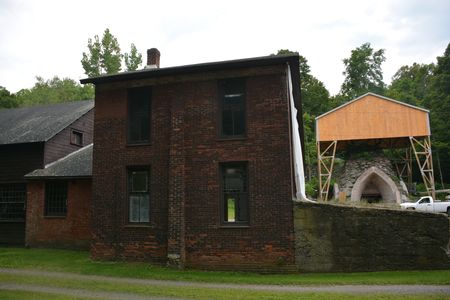 The Copake Iron Works was established in 1845 at the base of the Taconic Ridge in Copake Falls, New York. The ironworks, operated from 1848 until 1903, has long been recognized as one of the most complete rural ironworks in the four state Litchfield Iron District.

New York State acquired the abandoned Copake Iron Works in 1926 when Taconic State Park was formed. In 2007, the ironworks and 18 acres surrounding the site were listed on the State and National Register of Historic Places.

Components of this extraordinarily intact 19th century industrial complex include a rare blast furnace, the blowing engine house, a machine shop with equipment still in place, the  ironworkers’ duplex, the Carpenter-Gothic style office building, and the elegant residence of Isaac Chesbrough, one of the first ironmasters for the site.

Friends of Taconic State Park, established in 2008, has accomplished much important preservation work at the site.