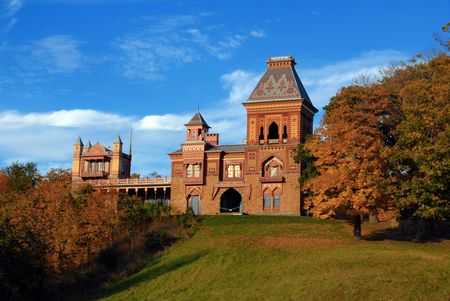 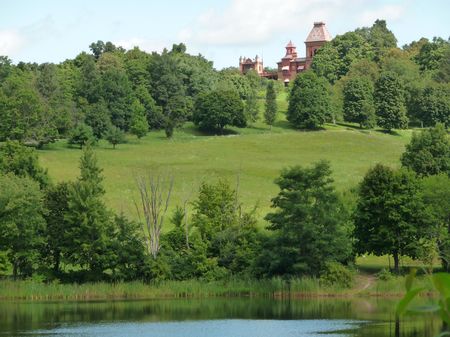 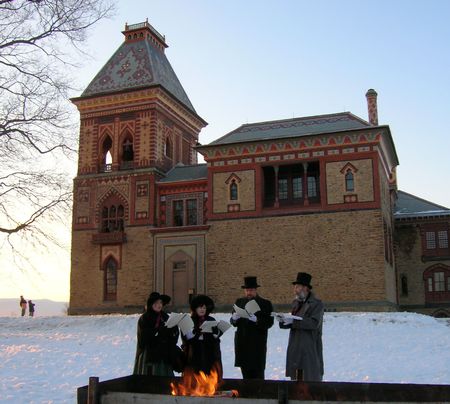 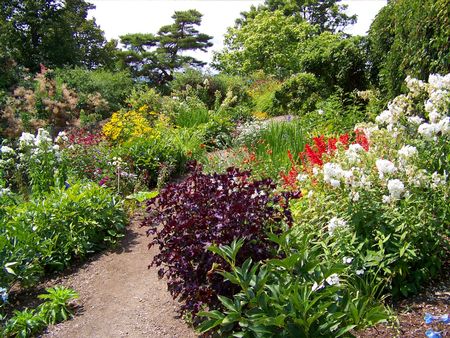 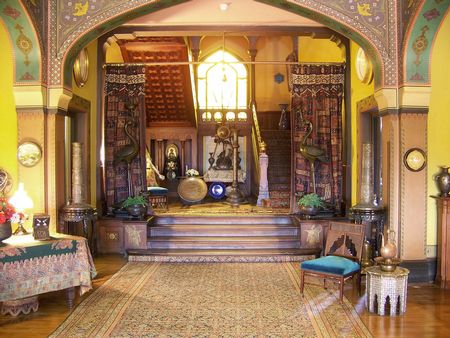 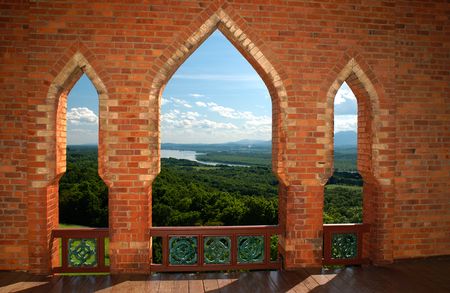 In 1860, at the height of his career as one of America’s most renowned landscape painters, Frederic Edwin Church began purchasing farmland overlooking the Hudson River. After a trip to the Middle East in the late 1860s, Church worked with architect Calvert Vaux to design a home on the estate’s highest point that incorporated exotic architectural elements he saw on his travels. A series of towers, balconies, recessed porches, and stenciling adorned the home, which featured a central Court Hall surrounded by living spaces for the family that were filled with an eclectic mix of furnishings and objects. Church used the surrounding land as a three-dimensional canvas, planting thousands of trees, creating a lake, and building over five miles of carriage drives. Olana is considered a landmark of Picturesque landscape gardening, with the house at its summit and embracing unrivaled panoramic views of the Hudson Valley.