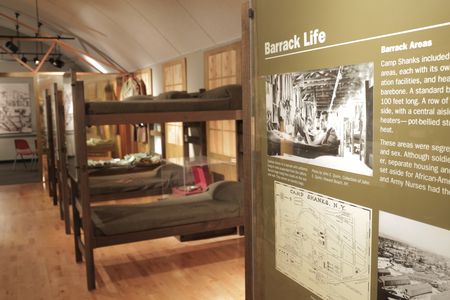 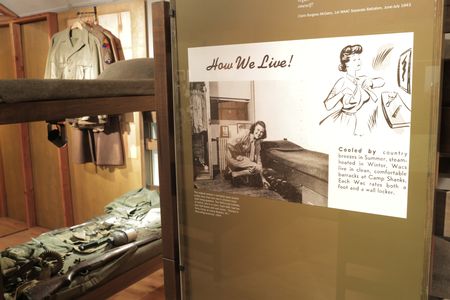 The Camp Shanks Museum commemorates the military facility that served as the largest point of embarkation for soldiers headed for the front lines in North Africa and Europe during World War II, including the landing forces for the D-Day invasion. Opened in 1942, Camp Shanks contained 1,500 barracks, mess halls, theaters, a hospital, and other buildings where some 1.5 million G.I.s (approximately 40,000 a month) were issued combat equipment and underwent final inspections before shipping overseas. Most soldiers spent eight to 12 days at the self-supporting complex dubbed “Last Stop, U.S.A.” Located in a simulated barracks, the museum contains artifacts and photographs that recount the history of Camp Shanks and describe the everyday life of male and female soldiers at the facility. A Wall of Honor lists servicemen and women who spent time there.