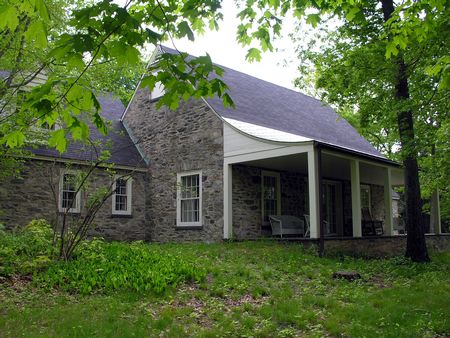 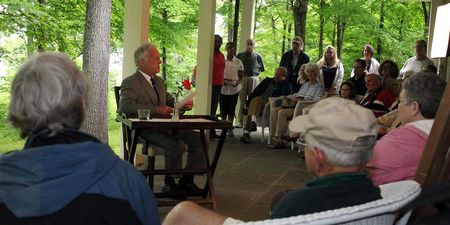 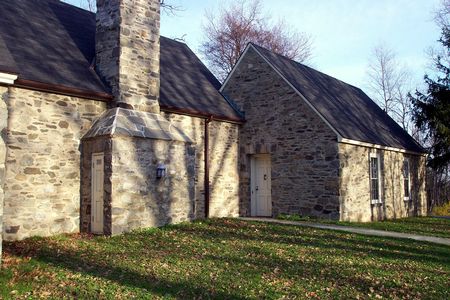 In 1938, Roosevelt commissioned professional architect Henry Toombs to design his private retreat. All aspects of this two bedroom house accommodated his disability, from its single floor layout to the height of the light switches. When he won an unprecedented third term in 1940, Roosevelt's retirement plans were shelved, but he continued to enjoy Top Cottage often bringing dignitaries there. Among those who enjoyed the commanding Hudson Valley views from its front porch were England's King George VI and Queen Elizabeth to whom the president served hot dogs. Top Cottage is on of only two buildings designed by a sitting U.S. President (Thomas Jefferson's Popular Forest is the other). Today Top Cottage contains a mix of period pieces and reproductions matching the furnishings that were in the house at the time of Roosevelt's death in 1945.