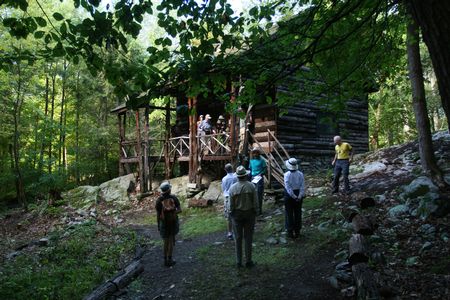 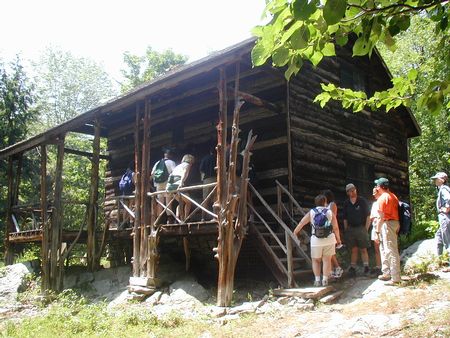 In 1895, naturalist John Burroughs built this rustic cabin sheathed in slabs, the bark-covered outer pieces of logs, as
a retreat away from his Hudson River-fronted house a mile and a half away. It was here that the pioneering
nature writer created some of his best-known essays, which eventually filled 25 books and had a profound
impact on both literature and the nascent environmental movement. After his death in 1921, the cabin and
surrounding land were conveyed to the non-profit John Burroughs Association. Over four miles of hiking trails wind
throughout the dramatic rocky cliffs and pristine woods. The one-room cabin, which includes Adirondack-style
furniture Burroughs crafted from wood he found nearby and his personal possessions, appears as it did when he
welcomed such guests as Theodore Roosevelt, John Muir, Henry Ford, and Thomas Edison.