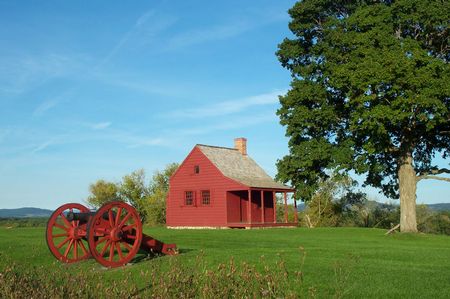 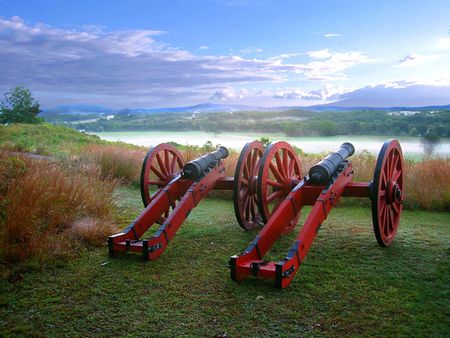 During 2022, Saratoga National Historic Park will be undergoing construction to make improvements to the Tour Road. Sections of the road will have reduced and/or no access at times, mainly before Memorial Day and after Labor Day. For closures and updates visit https://www.nps.gov/sara/learn/tour-road-improvement-project.htm.

After capturing Fort Ticonderoga in June 1777, the British army, commanded by General John Burgoyne, faced a series of delays by the Americans before finally arriving at Stillwater in September. In the Battle of Freeman’s Farm on September 19, American forces lost to the British. However, on October 7 General Benedict Arnold forced the British to retreat and secured an American victory. Burgoyne surrendered his army on October 17. It marked the first major victory for the Americans and helped convince the French to support the fledgling nation.

Today, a scenic tour leads past sites associated with the battles, including the restored Neilson Farmhouse, used as a headquarters by American officers, and the 155-foot-tall Saratoga Monument, built in 1883 on the site of Burgoyne’s last encampment to commemorate the American victory.