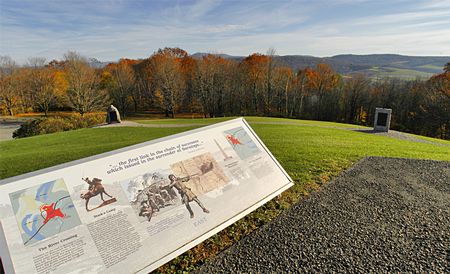 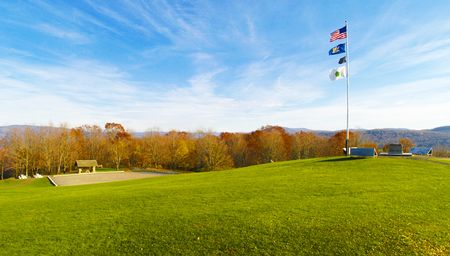 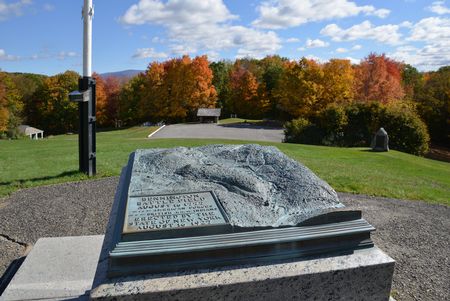 In the summer of 1777, British troops engaged in General John Burgoyne’s invasion from Canada camped here on a hill overlooking the Walloomsac River while on their way to plunder American storehouses at nearby Bennington. On August 16, Brigadier General John Stark ordered his militia troops to attack. After a two-hour battle described by Stark as “one continuous clap of thunder,” the American forces were victorious. Burgoyne would surrender the remainder of his army after fighting the two Battles of Saratoga in September and October. Today, Bennington Battlefield contains interpretive panels and monuments commemorating the American victory.