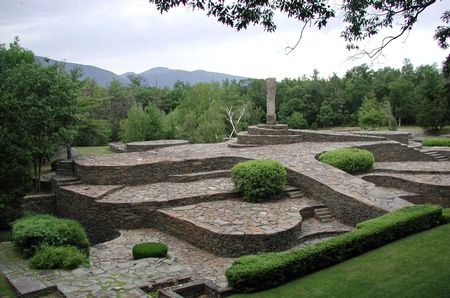 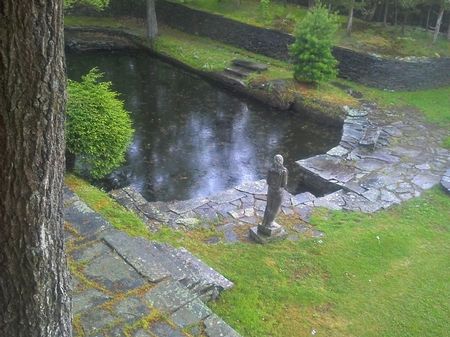 Sculptor Harvey Fite began work on Opus 40 on the site of an abandoned bluestone quarry in 1939. Using only hand-powered quarryman’s tools—and no mortar or cement—he fitted together hundreds of thousands of stones to create an interlocking series of terraces, ramps, and steps that were intended to serve as a showcase for his figural sculptures. Over time, he came to realize that what had begun as the setting had become a sculpture in its own right; the original sculptures were placed in the surrounding woods and fields. Opus 40 (the name refers to the number of years Fite expected the work’s completion to take) curves around trees and shrubs, and incorporates pools and fountains fed by quarry springs. Atop it stands a nine-ton monolith. As visitors walk through the work, along cool subterranean passageways and up gentle inclines, its majesty and complexity varies from every new perspective. Fite died while working on Opus 40 in 1976—three years shy of its completion.