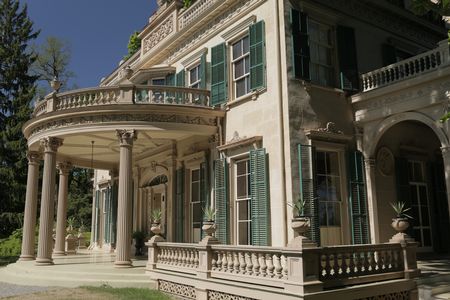 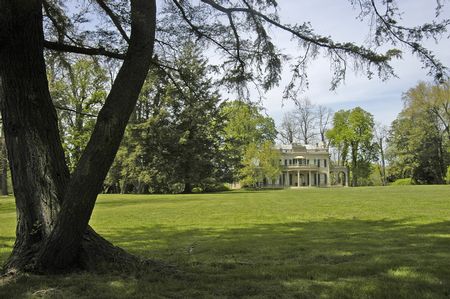 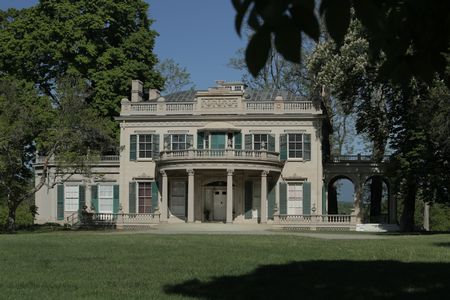 Montgomery Place was built in 1804 by Janet Livingston Montgomery, the widow of Richard Montgomery, the first general officer killed in the Revolutionary War. In the 1840s (and again in the 1860s), Alexander Jackson Davis reconstructed the house, turning the federal style home into a Classical Revival mansion, adding porches, urn-capped balustrades, and one-story wings. The open porch on the house’s north side is considered the first outdoor room in America. With advice from Andrew Jackson Downing, the 434-acre grounds also went through changes, and an arboretum was planted, scenic trails and carriage roads were laid out, and gazebos and rustic seats were sited for viewing the mountains, river, and a nearby waterfall. In the 20th century, a series of formal gardens were planted. Both trails and gardens have been restored, and the grounds are available for a stroll, hike, or picnic. Bard College purchased the property in 2016 and it is now part of Bard's nearly 1000-acre campus.