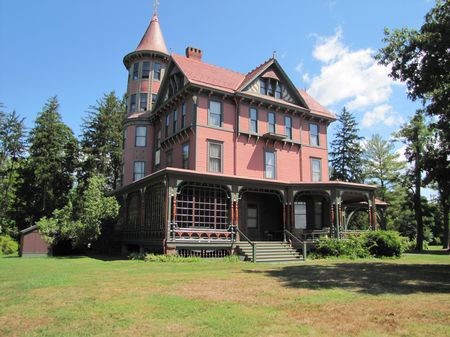 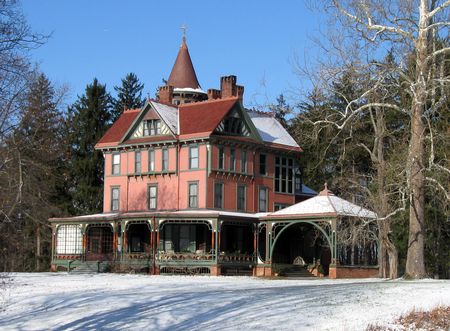 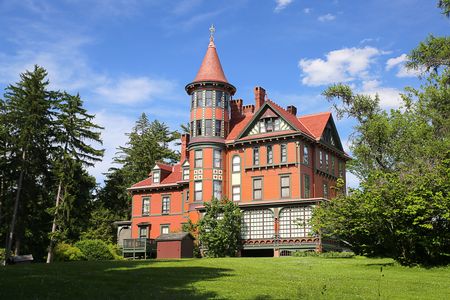 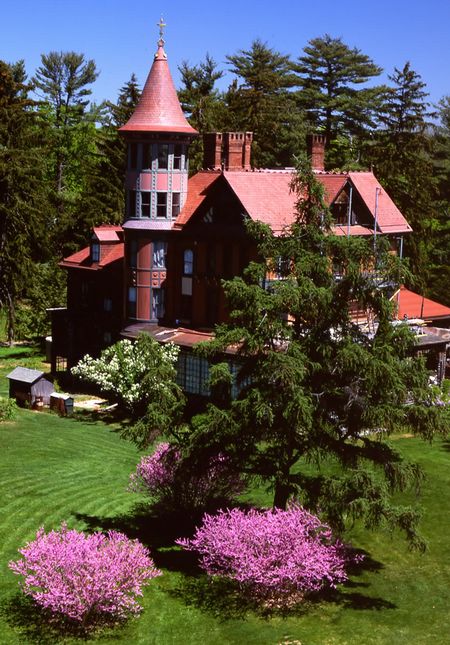 The home of the Suckley family for three generations, Wilderstein was built in the Italianate style for Thomas
Suckley in 1852 and was later remodeled by his son, Robert, in the Queen Anne style. During remodeling,
the interior was decorated with wall coverings in wood, leather, and cloth, as well as stained-glass windows. The
rooms, including a Flemish library, silk-draped Louis XVI salon, Colonial Revival parlor, and English Renaissancestyle
dining room sheathed in mahogany, represent the styles of late 19th-century interior design. In 1890, Robert
Suckley hired Calvert Vaux to landscape the grounds, with trails leading to scenic overlooks. Wilderstein’s last
resident, Margaret “Daisy” Suckley, transferred ownership of the estate to a not-for-profit institution in the
early 1980s to assure the home’s preservation for future generations. A distant cousin and confidante of Franklin
D. Roosevelt (she gave the president his Scottish terrier, Fala), Suckley lived in the home until her death in 1991.