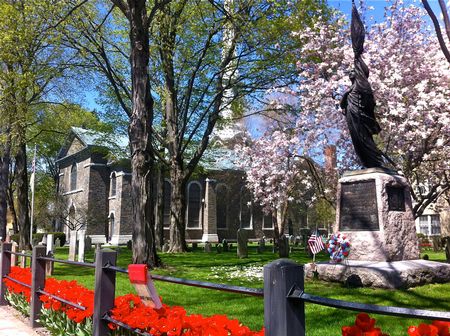 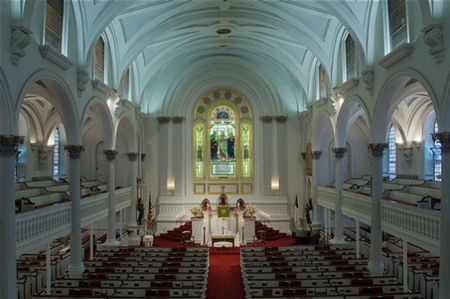 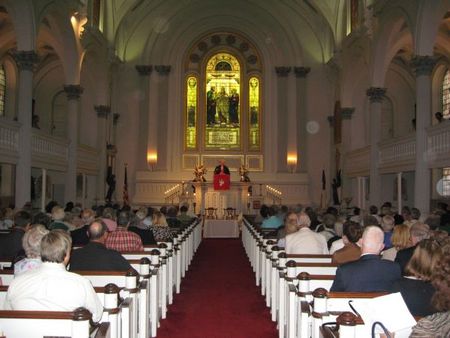 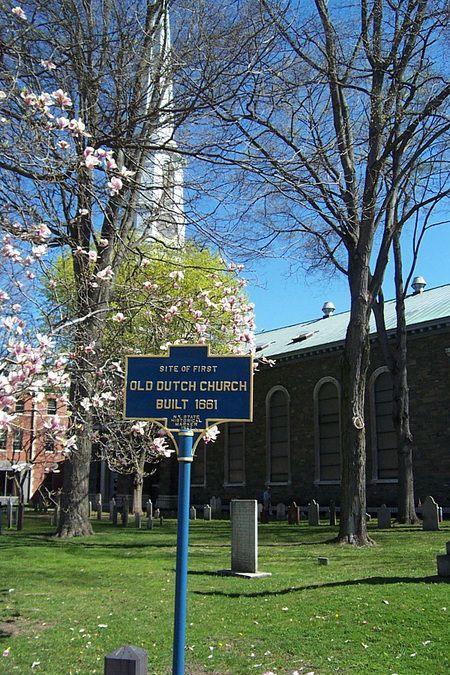 Kingston’s Old Dutch Church was constructed in 1852 and features a slender wooden spire and a bluestone exterior that combines Greek and Revival elements. The interior features superb carvings and a vaulted ceiling. A huge Tiffany window, installed in 1891, rises behind the pulpit, while the pews contain doors, a rarity in mid 19th century churches. Historic artifacts are displayed in the vestibule. These include a 17th century communicants’ tablet, 18th century renderings of the first two church buildings (the second was gutted in a fire set by British invaders during the Revolutionary War), and a letter from George Washington. The Heritage Museum on the Church’s upper floor contains artifacts and records dating back to 1660, while the surrounding churchyard contains richly carved gravestones dating back to 1710. Approximately 70 Revolutionary War soldiers are buried there. An elaborate monument in front of the church marks the burial place of George Clinton, New York’s first governor, and vice president under Thomas Jefferson and James Madison.