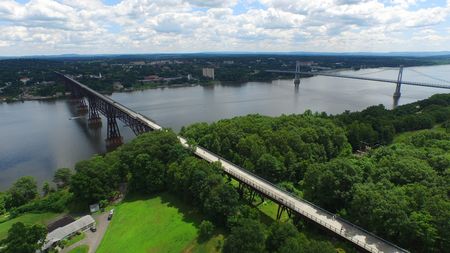 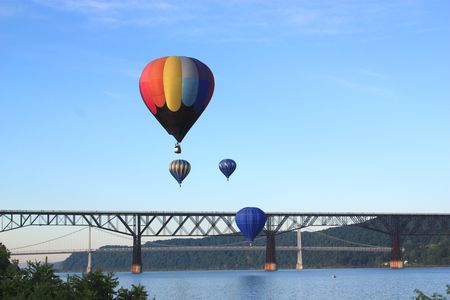 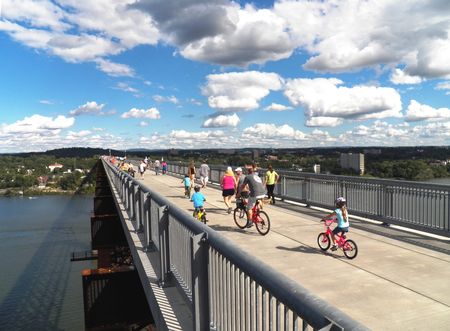 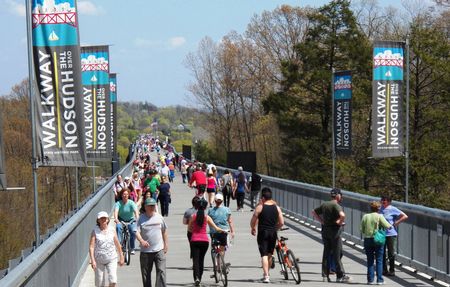 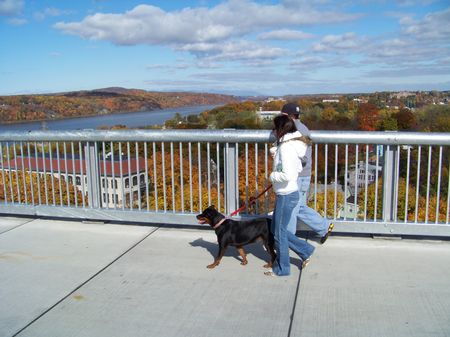 The Hudson Valley’s most unique state park, the Walkway crosses the river atop the former Poughkeepsie-Highland Railroad Bridge. When originally opened in 1888, the 6,768-foot span was considered the world’s longest bridge and an engineering marvel. After a fire destroyed a large portion of the bridge’s wood decking in 1974, it was abandoned. In 1998 the non-profit group Walkway Over the Hudson assumed ownership and began securing financing to construct the linear walkway that connects to the Greenway Trail System. Walkway Over the Hudson State Historic Park is 212 feet tall and 1.28 miles long, making it the longest elevated pedestrian bridge in the world. It is one of three Quadricentennial Legacy projects, meant to provide a lasting commemoration of the 400th anniversary of Henry Hudson’s 1609 voyage of discovery on the river.