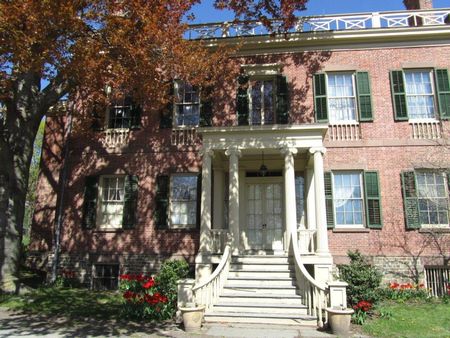 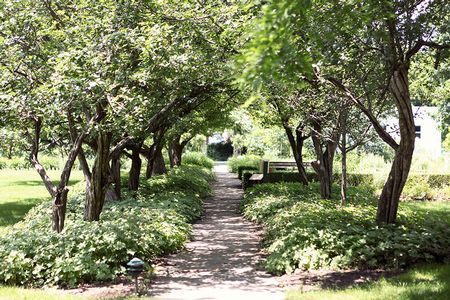 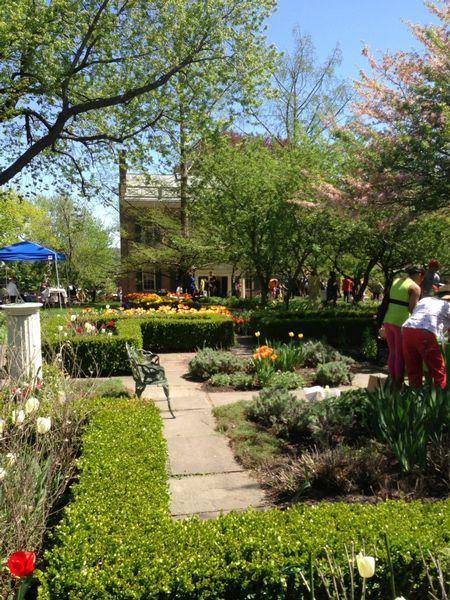 The elegant Ten Broeck Mansion was the home of two of Albany’s most prominent families. It was originally built in 1798 as a Federal-style country home for merchant and mayor Abraham Ten Broeck, who had served as a major general of the Albany militia during the Revolutionary War and distinguished himself at the Second Battle of Saratoga in 1777. Architectural details from this period include a delicate roof balustrade on the outside and a superb spiral staircase within. In 1848, the home became the residence of banker and philanthropist Thomas Worth Olcott and underwent modifications that included the addition of Greek Revival porticos to the doorways and marble mantels in the main first-floor rooms. Today, the home reflects Olcott’s era of occupancy and contains a collection of furnishings from the late 18th and early 19th centuries.