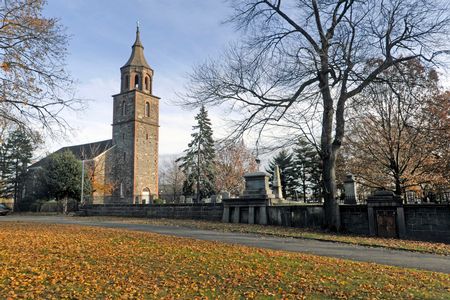 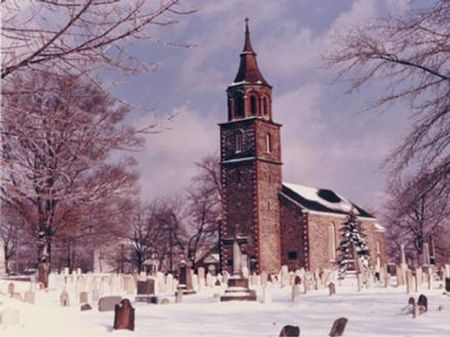 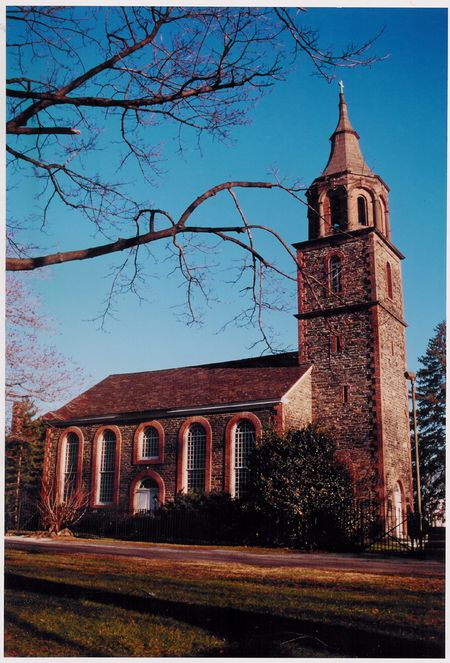 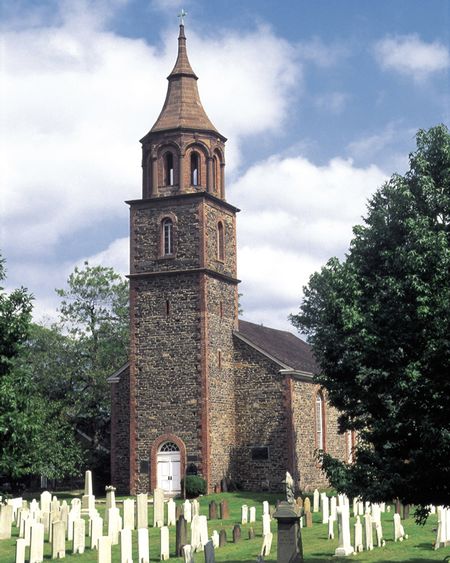 The Georgian-style church, built of stone with brick quoins, was begun in 1763 but was not finished at the onset of the Revolutionary War. Located in the “neutral ground” between British and American lines, the building served throughout the war as a hospital, supply depot, and barracks for both armies. Church services began here in 1787 even though the building was not completely finished until 1805. The church’s interior, with its high box pews, looks much as it did in the 18th century. Its original bell, cast at the same London foundry as the Liberty Bell, still peals occasionally, while the 19th-century organ is regularly played at recitals. The picturesque cemetery, with stones dating back to 1704, contains excellent examples of gravestone carvings from the 18th and 19th centuries.