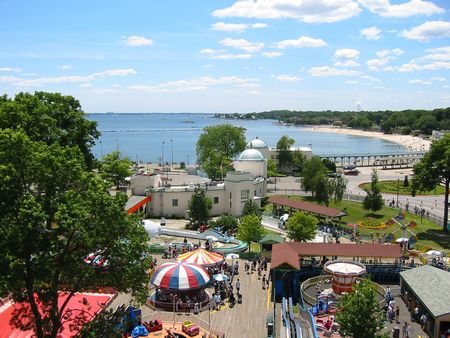 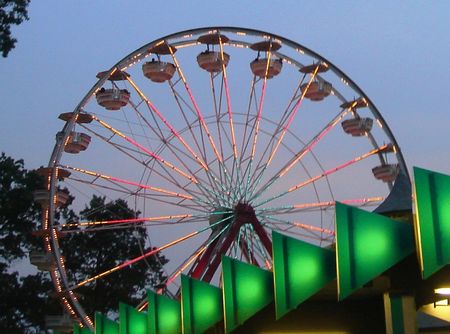 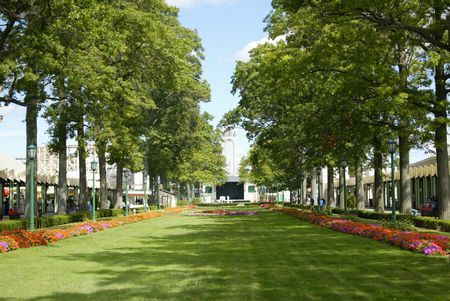 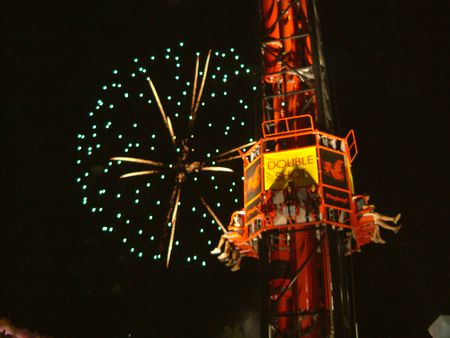 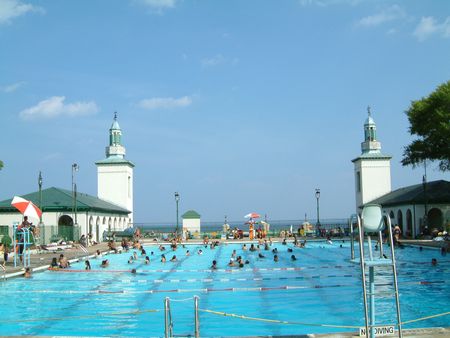 During the 1920s, the shoreline in Rye along the Long Island Sound began attracting an increasingly rowdy crowd. To combat this situation, Westchester County decided in 1927 to construct the nation’s first planned amusement park. The 280-acre venue featured a variety of family-friendly diversions, including rides, a freshwater pool, beaches, a boardwalk, and skating rinks. Buildings were designed in the streamlined Art Deco style, while the grounds were pleasingly landscaped. The park opened in 1928 and much of its original architecture remains, as do seven original rides, among them the Dragon Coaster, and the Derby Racer, a carousel that reaches speeds of 25 miles an hour. Today, Playland also features modern rides, swimming, boating, and indoor skating. Live entertainment and fireworks are offered on summer evenings.